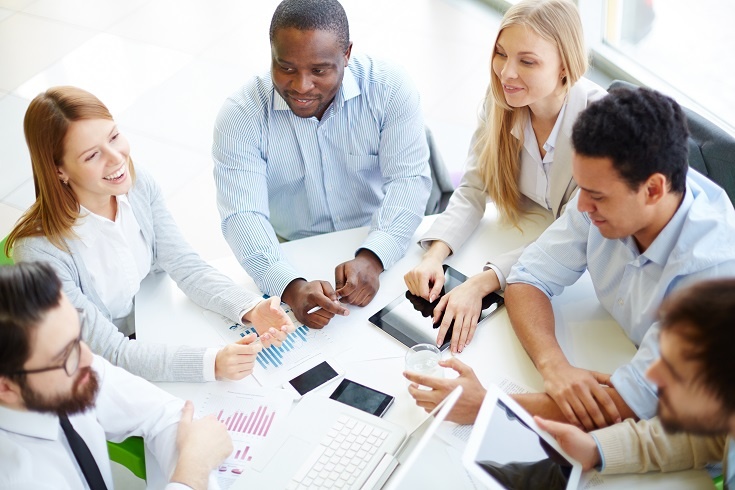 My wife, boys, and I moved last year to a home in a more rural area, preferring the scents of fresh air over those of car exhaust. Although we’ve been in our home for over six months now, the disappearance of snow on our lawn has shed light on just how much work is left to do around the yard in order to get this home to the same level of presentation as our previous home. As each day passes, the number of things that need to get done seems to grow, ever increasing the anxiety and pressure to get moving.

Have you ever experienced this kind of pressure? In retrospect, despite our ability to accomplish so much last year (i.e. finding a new area to live in; a new home; selling our old home; packing; moving and getting settled into our new home), the pressure and anxiety about everything that is, “still left to do,” remains.

This same pressure also exists in high performing teams. Despite everything they might accomplish and the overall significance of those accomplishments, the continued desire to make further improvements and not be happy with the “current state” surmounts, often creating the perception that the team and members in the team are unhappy and want to give up their quest to improve.

Don’t be fooled, as this response is quite normal.

For example, while recently working with a client, I learned that their team members seemed disgruntled even though they had achieved significant shifts in how they worked during the past twelve months. In essence, the team had made the transition from a fully supervised team of nearly twenty employees to a fully functioning self-managed team, no longer having or requiring a supervisor or manager and functioning as an autonomous group…

No, I’m not kidding or elaborating on the truth. A fully autonomous and high-performing team is possible.

When I spoke with various team members, the issues were all minor and culminated into one very simple conclusion. Team members had become accustomed to large scale shifts in how they worked, and now, with some of the most challenging work behind them, they felt deflated at the idea that there were no further significant leaps to make.

You see, most employees and teams are very adept and accustomed to change. Where we fail as business leaders is in taking advantage of this desire for improvement and continuously feeding new challenges and opportunities to the team.  Don’t get me wrong, it’s important to pause and let changes settle in before taking the next big leap, but if we wait too long we risk deflating the desire and the momentum of the team to continue moving forward.

I’d suggest if you are facing this sort of dilemma with your team there are a few simple yet effective steps you can take to keep the “hopper” of ideas for continued evolution of the team full and keep the momentum and attitudes of the team alive.

1. Introduce a Team Development Meeting, connecting with your team every six months to assess progress against team objectives while also flushing out any existing concerns and next steps.

2. Build actions that require commitment and support of team members to achieve objectives –for example don’t take on this responsibility yourself. Remember, an autonomous team supports their own development and only requires a leader to break down barriers.

3. Celebrate wins AND failures or delays. To fail or be delayed means the team is trying and energy and effort are both something to be rewarded.

How can you introduce a Team Development Meeting this month and provide some fresh and needed challenges to your team? Struggling with setting the agenda? Send me an email and I’ll share a few additional ideas.